December 11, 2018 / Comments Off on Standing On Mountains

Peak Bagging. Is it a hobby? A sport? I’m not really sure how to classify it, but I am thankful I have fallen in love with it. I love how a peak takes on different looks from each angle you view it and how it can turn into something almost unrecognizable as you near its summit. Then when you make the final approach, this giant mass is reduced to a small rock pile right in front of your eyes. Standing on top of a mountain has been something that has intrigued me since I was a little kid. For whatever reason, I never decided to go after it. Maybe I was scared, didn’t have the time, or wasn’t in good enough shape. But those excuses are in the past.

After taking up crossfit 3 years ago, I started getting in much better shape. Hiking and hunting became more enjoyable and much easier. In 2017, I did a 10-day mountain goat hunt with Circle M Outfitters in British Columbia and quickly realized that being in the best shape of my life, was still not good enough. The difference between gym shape and mountain shape could be seen in 10 minutes of hiking with my guides. During this trip, we bagged summits of a couple unnamed peaks in the Omenica Mountains and the feeling of accomplishment standing on those was an amazing feeling.

Once the snow melted in the high sierras in 2018, I wanted to start standing on top of mountains to feel that feeling again. Not to mention, it would put me into mountain shape for deer season in September. It all started in late June when we took a day hike to Winnemucca Lake off Carson Pass in the Sierras. I decided it would be fun to take down the nearly 9600-foot Elephant’s Back. I mean, I’ve only been hiking by it for 10 years, why not?. With my wife and my 7-year old son, we ventured up the loose rock to the top and were treated with amazing views. I was hooked again. My son too. We went home and downloaded the Peak Bagger App (which is a must have app) and quickly logged in our ascent. I soon discovered something called the Tahoe-Ogul List and I was quickly hooked! The 63-peak list is comprised of Northern California and Nevada peaks in the Tahoe vicinity and slightly outside of it. I thought tackling this list would be a great way to hang out with family and friends while seeing many new areas of the Sierras. My go to area has always been the Highway 88 area, so this would push me out of my home turf and open up new country that I have never fished or hunted in. I researched the peak list and most of these seemed more than doable with my skillset, only one peak has major technical climbing and I figured I could save that till the end and hire a guide.

The following week, me and a couple friends bagged Round Top Peak (10,388 feet) and my quest to the Oguls had begun.

Thanks to the heavy snow after Thanksgiving, I’m going to close out 2018 with 9 Oguls completed and 18 total peaks. According to my stats, I’ve hiked 86 miles and climbed 17,624 vertical feet. Yes the Peak Bagger app keeps track of all this, and it’s free! Why aren’t you downloading it yet =)

My goals for 2019 are lofty. I’m hoping to take down at least 20 Oguls to get near the halfway point, in addition, I’m setting the goal of 50 total peaks and 100,000 feet climbed. While I know this is going to be a crazy challenge, I know that I can do it, especially starting earlier in the year with some Bay Area summits and maybe some snowshoe adventures in the Sierra. My son loves logging into the app and reading about peaks, in fact, the other day he just randomly approached me with a list of peaks he wants to bag in the coming year! Heck yeah!

Peak Bagging is so much fun in so many ways and if you are western hunter, no better way to train for the fall season. Let’s get after it! 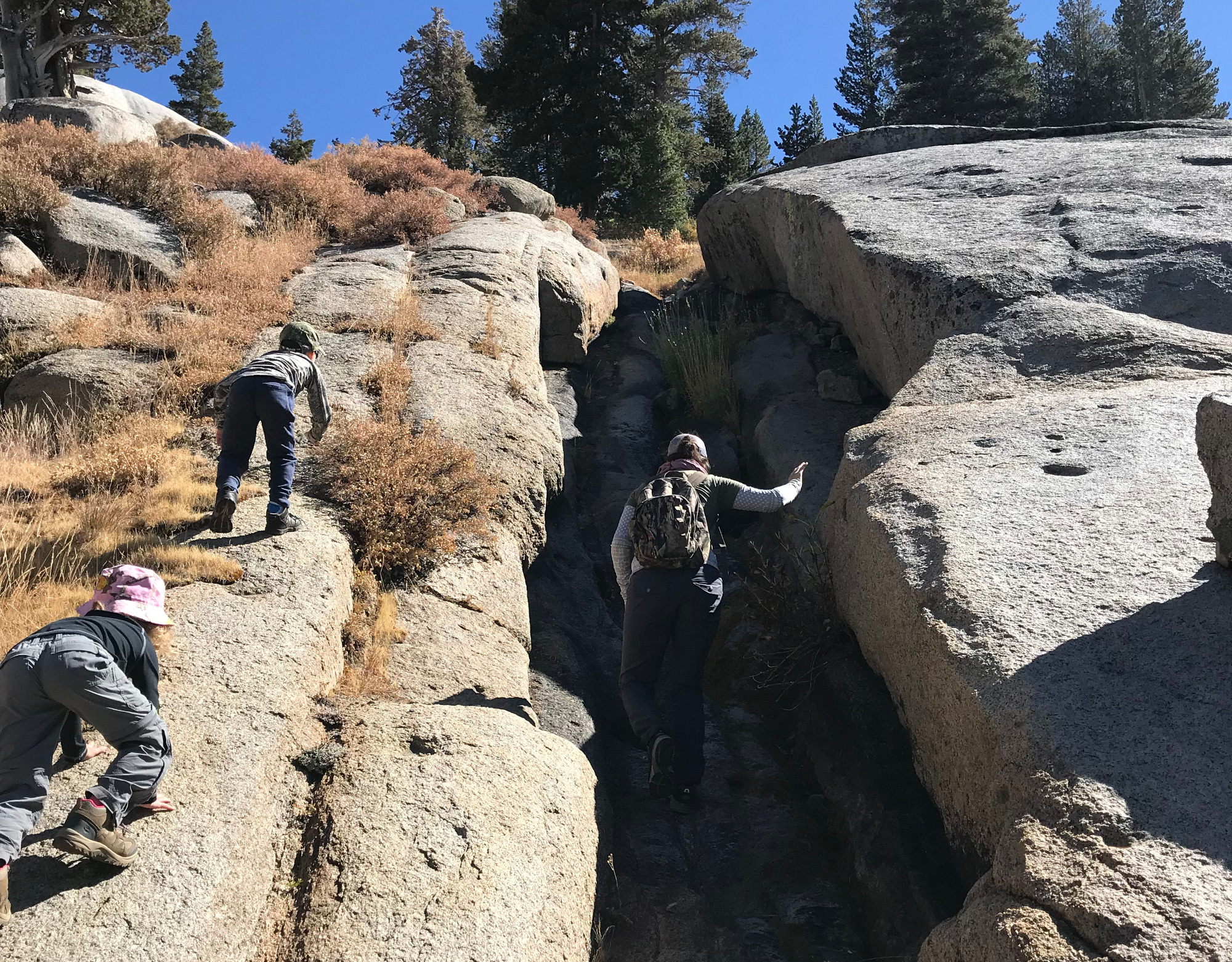